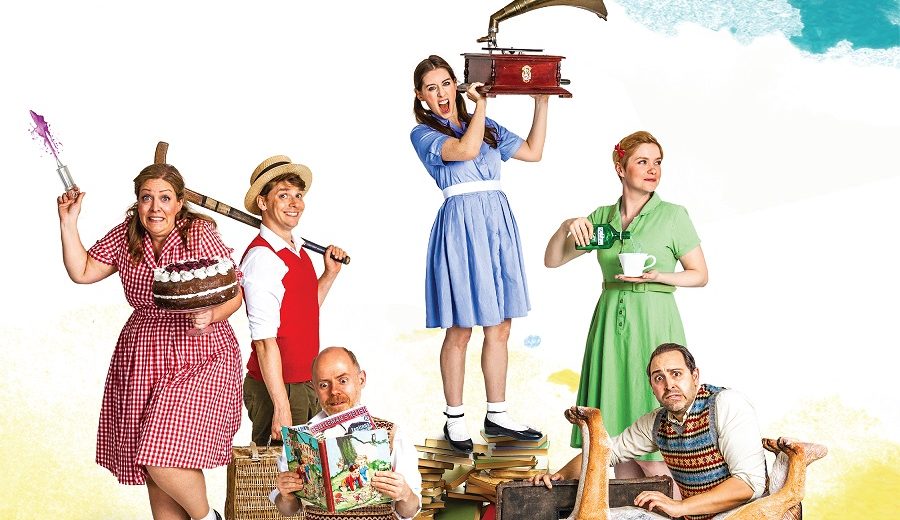 Bumper Blyton is a riotous Enid Blyton parody show for grown-ups performed by a cast of some of the UK’s most experienced and best-known improvisers. Created by Amy Cooke-Hodgson (founder of Edfringe and Multi Award-winning West End hit Austentatious) and Jonah Fazel (BAFTA winning History Bombs) Bumper Blyton is chock full of innuendo and lashings of puns, performed in vintage costume with music and songs.

With a multi-award-winning cast of some of the UK’s best-known improvisers from stage and screen including; The Comedy Store, Showstoppers the Improvised Musical and Doctor Who, and two consecutive sell-out runs at Edinburgh Fringe alongside successful 2019 UK & Europe tour, Bumper Blyton is fast becoming unmissable.

Expect far too many picnics and plenty of farce in what will be an entertaining show for those who are well versed in Blyton’s novels and those who’ve never (yet) picked up one of her books.

‘A riotous parody, chock full of comedy and lashings of puns. This show will grab you by the jolly hockey sticks and leave your sides aching! Delightfully silly. It’s Enid Blyton… for grown-ups!’ ★★★★★ ThreeWeeks

‘Pick of the Fringe’ Daily Record★★★★ 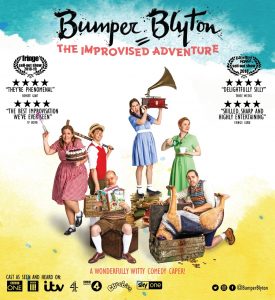