Home / Events / Cliff As If and the Golden Shadows

Cliff As If and the Golden Shadows 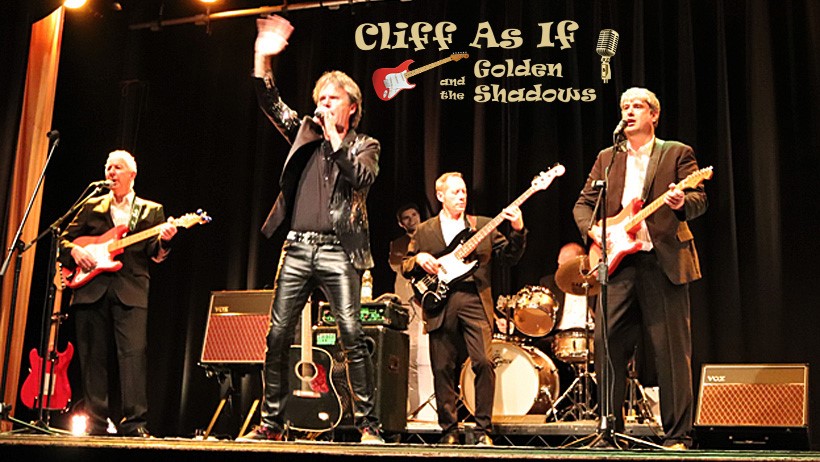 Cliff As If and the Golden Shadows is an authentic tribute to the music of Cliff Richard and the Shadows.

Songs performed are from the late 50’s to the mid 60’s, sometimes known as the golden period. All music is performed fully live (no backing tracks) by experienced and passionate performers using authentic equipment and instruments to recreate the early British rock ‘n’ roll sound. Multiple costume changes all add to the show.

They cover the full spectrum of Cliff and the Shadows music in the period ranging from the early rock ‘n’ roll hits ‘Move It’ and ‘Dynamite’, pop classics ‘Do You Wanna Dance’ and ‘Livin’ Doll’, movie hits ‘Summer Holiday’, ‘Dancing Shoes’, ‘The Young Ones’, and not forgetting some of the classic Shadows instrumental hit tunes such as ‘Apache’, ‘Wonderful Land’ and ‘Foot Tapper’.

Their show is filled with a variety of great music, comedy and laughter and audience participation is encouraged to join in with the fun.

You are guaranteed a great night reminiscing the wonderful musical back catalogue of Cliff Richard and the Shadows.