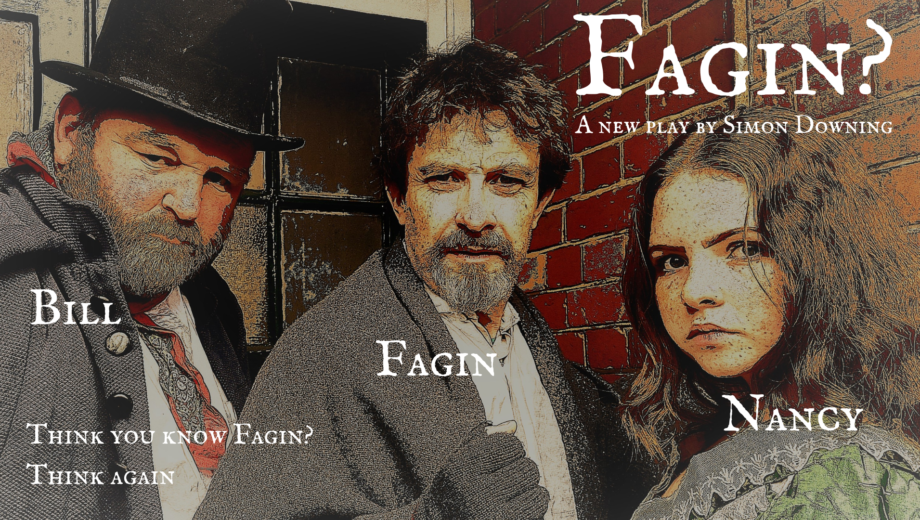 Kick in the Head

Fagin? is written and directed by Simon Downing and produced by Kick In The Head, following on from their highly acclaimed productions of Old Herbaceous and Three Men in a Boat.

Was he the Fagin in Dickens’ Oliver Twist?

Was he the Fagin in Oliver! the musical?

Was he based on a real-life character?

Join Fagin as he reviews his situation during his final night in prison before being hanged. As madness envelops him, he is ‘visited’ by some old acquaintances. Find out who he really was and how he ended up as one of the best known, yet unknown, of Dickens’ characters.

“All three actors in the roles of Fagin (Keith Hill), Bill (Giles Shenton) and Nancy (Georgia Butt) deliver impeccable performances. In the centre of it all, the audience is captivated by Fagin’s diverse, manipulative and complex character.” The Reviews Hub

“You would be a fool to yourself to miss it.” Alton Herald