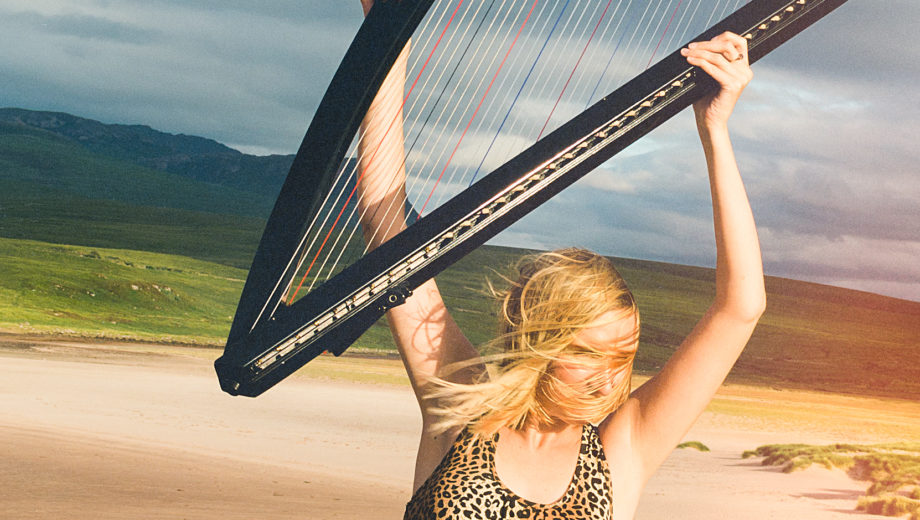 Singer and harpist Rachel Newton was named the 2017 BBC Radio 2 Folk Musician of the Year and the Scots Trad Music Award Instrumentalist of the Year 2016. Her third solo album Here’s My Heart Come Take It was shortlisted for the Scottish Album of the Year (SAY) Award as one of Scotland’s top ten outstanding albums and was described as ‘a beauty’ in the Observer.

Alongside her burgeoning solo career, Rachel is a much in demand collaborator. A founding member of The Shee and BBC Radio 2 Folk Award 2017 Best Group The Furrow Collective, she has also been involved in various collaborative projects such as The Elizabethan Session and The Lost Word Spell Songs.

Her most recent album West was recorded in her Grandparents’ croft house in Wester Ross and was described by Songlines as ‘one of her most beautiful albums to date’.

‘Breaking new ground as a fresh approach to the tradition’

‘An album that enthrals and entrances, places traditional song under a fascinating new spotlight and confirms Rachel Newton as one of our most original and gifted interpreters of those traditions’ Folk Radio UK