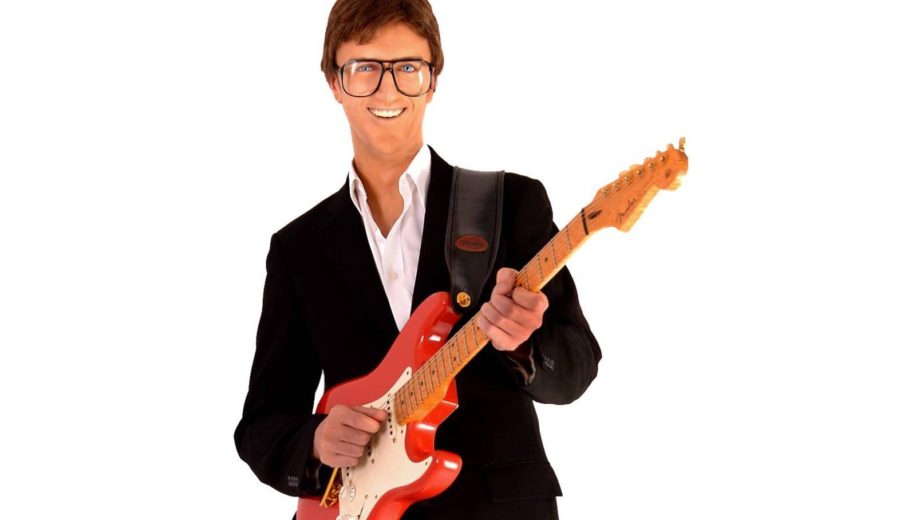 A tribute to Hank Marvin and The Shadows

International guitarist and singer Justin Daish presents an exciting and affectionate homage to the UK’s original guitar hero: Hank Marvin. Roll back the years with The Shadows’ greatest hits (‘Apache’, ‘Wonderful Land’, ‘Foot Tapper’, ‘Riders in the Sky’ and ‘Cavatina’), dance to the great selection of Rock ‘n’ Roll, and sing along to some all-time classic songs.

Justin’s guitar sound is widely regarded as one of the world’s most accurate replications of Hank Marvin’s. Various members of The Shadows (including Bruce Welch, Jet Harris and Licorice Locking) have asked him to join them onstage; combine his ability with the dazzling state-of-the-art production and his uncanny resemblance to Marvin and you would be forgiven for thinking that Hank himself is back on tour!

Join us for a journey through the decades and immerse yourself in the exquisite guitar sound with which Hank Marvin played the soundtrack to our lives.

“A remarkably proficient guitarist … He not only sounds like Hank Marvin, but could almost be him onstage” – Guitar & Bass magazine