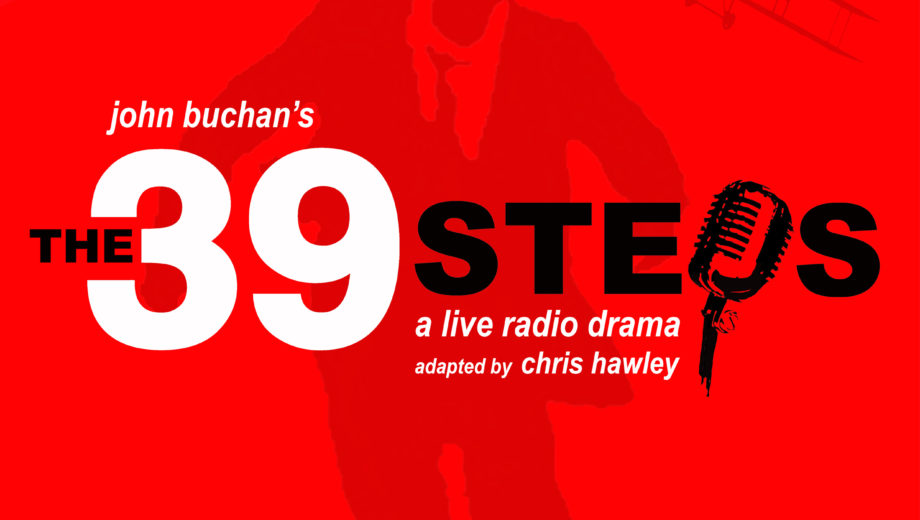 Accused of a murder he didn’t commit, Richard Hannay is on the run. Following clues left to him in a little black book by a mysterious American gentleman, he must uncover the secrets of the 39 Steps, prove his innocence and save Britain from the forces of evil!!

And, if there weren’t enough twists in the tale, BlackBox present this story of daring do as a live radio drama.

It’s November 1962 and with just ten minutes to go before the show is broadcast live to the nation, half the cast haven’t turned up, there’s no one to do the sound effects and they’ve just run out of Bourbon biscuits!!  What could possibly go wrong?

The 39 Steps : A Live Radio Drama is an irreverent and  affectionate take on one of our best loved stories.  Full of thrills and spills, it’ll keep you on the edge of your seats and crying with laughter.

“I urge everyone to go and see one of their shows.  You won’t be disappointed”